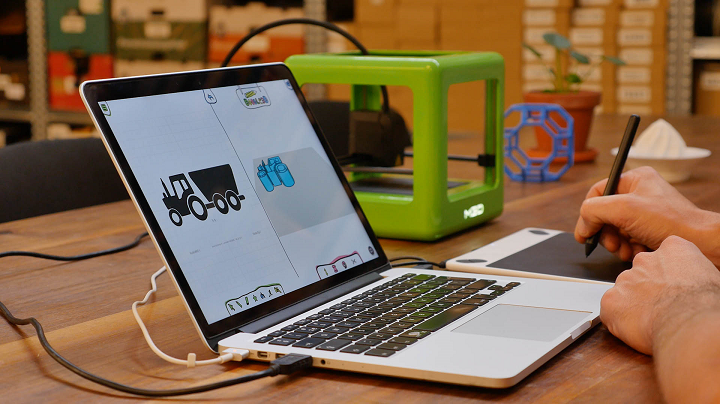 In 2013, the co-founders of the Netherlands-based software company Doodle3D, Nico van Dijk and Rick Companje, launched a successful Kickstarter campaign for the Doodle3D WiFi-Box, a small device that allows users to draw on a tablet and send the artwork wirelessly to a 3D printer. Three years later, the company END_OF_DOCUMENT_TOKEN_TO_BE_REPLACED

The Computing and Artificial Intelligence Laboratory (CSAIL) at the Massachusetts Institute of Technology (MIT) is a hub of activity for solutions to change the way people approach design and engineering, In 3D printing, the lab’s previous projects include fabricating an intelligent sensing skin for robots, developing 3D materials ‘Photoshop’ and END_OF_DOCUMENT_TOKEN_TO_BE_REPLACED Although we’ve seen 3D printed medical implants made from materials like silicone and chrome-cobalt, the most common metal of choice is titanium due to its low density and high strength. Titanium has been used many times to make 3D-printed jaw implants, which is the specialty of Belgium-based medical device startup END_OF_DOCUMENT_TOKEN_TO_BE_REPLACED