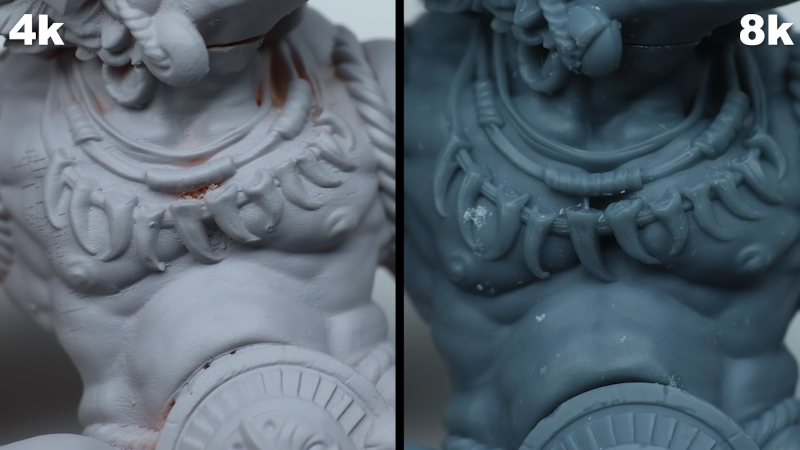 The quality of consumer 3D printing has increased dramatically in recent years. Resin printers, in particular, can produce amazing results and they are getting cheaper every day. [Squidmar] took a thumbnail design and printed it (or had it printed) on cheap resin printers and a $65,000 DWS029. What difference could there be? You can see for yourself in the video below.

We were surprised by the specs of the more expensive machine. It uses a solid-state laser, but for this cost, the build volume is relatively small – about 15 x 15 x 10 cm. There were actually five prints created on four printers. Three were on what we consider normal printers, one was on the 65,000 euro machine and the fifth print was on a 10,000 euro printer which didn’t look much different from the cheaper ones.

Of course, the process is not limited to the printer. The resin you use also has an impact on the final object. Printers tested included a Phrozen 4K Mini, a Phrozen 8K Mini, a Solos Pro and the DWS 029D. The exact resins or materials used were difficult to tell in each case, which may also have something to do with the comparisons.

Do you get what you pay for? Hard to say. The 8K and Solos were neck and neck with some features better on one printer and some better on the other. The DWS029D was more capable, but was it really worth the price increase? I guess it depends on your sensitivity. The 8K printer did a very believable job for a fraction of the cost. Of course, some of this could also be a result of the materials used, but it seems likely that a very expensive dental printer should do better than a hobbyist-grade machine. But it doesn’t seem to get much better.

The DWS printer uses a laser, while most hobby printers use UV light with an LCD mask. We’ve seen low-end resin printers on clearance for around $100 and you can get something pretty cool in the neighborhood of $200. Between these two extremes are printers that use digital light processing (DLP).