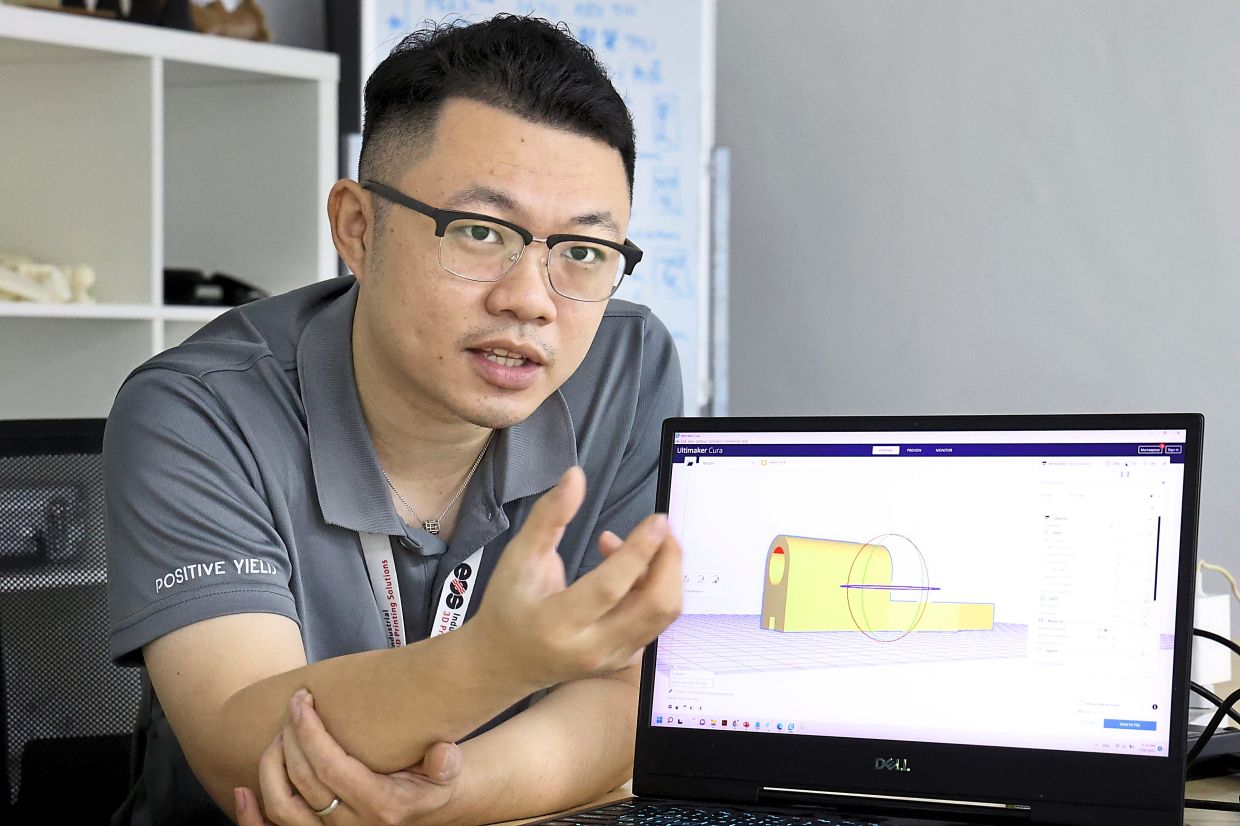 JOHOR BARU: A factory owner is on a mission to educate the public about what he calls “the closest thing to magic in the real world”: 3D printing.

Sean Ng (Photo), 30, who has been in the 3D printing industry for more than a decade, said he first discovered the craft while studying industrial design in Taiwan.

“I fell in love with 3D printing because I feel like I could create almost anything as long as I can imagine and create a design for it. For me, it’s the closest thing to magic in the real world.

“It’s not a hard thing to learn and most people I know learn it through videos and online articles. In fact, we could even make our own 3D printers based on instructions available. The first 3D printer I owned was a DIY (do-it-yourself) part assembled with spare parts I bought online,” he added.

The only problem was that most Malaysians, he added, were unaware of the technology or did not know where to start.

“It’s a huge contrast to the situation in Taiwan, where people are very aware of the benefits of this technology,” he said in an interview.

Ng said that when he returned to Johor in 2015, he opened a cafe in Kulai, where he not only served coffee but also provided several 3D printers for customers to try out.

“Either we helped them print the prototype they had in mind, or we taught them a thing or two about 3D printing.

“My goal was to get as many people interested in the technology as possible because I felt awareness is still very low in Malaysia,” he said, adding that he also distributes 3D printers from Taiwan and China. China alongside its coffee business.

After closing his cafe in 2019, Ng opened a 3D factory in Senai with his business partner, acting as a distributor of 3D printers and providing training to schools and businesses.

“We also help companies with their research and development by producing prototypes for the specific items they need.

“I notice there has been an increase in interest in 3D printing since the Covid-19 pandemic as people look for other ways to make a living from home.

“It’s a good improvement, but we still have a long way to go. I don’t mind giving free consultations to those who want to learn more about 3D printing, whether for business or as a hobby,” he said.

Ng also hopes to see more makerspaces, a place where people can use their creativity to create all sorts of things, including 3D printed items, in Johor.

“In some countries it is common to see people flooding a makerspace on weekends.

“It’s a great way to develop your creativity to come up with better solutions to problems,” said Ng, who plans to create a creative space for public use in his factory.

2022-08-08
Previous Post: 3D Design Software Market by Component, Material and Regional Forecast to 2028 – Shanghaiist
Next Post: The Snapmaker Artisan 3-in-1 dual 3D printer is also a CNC and a laser