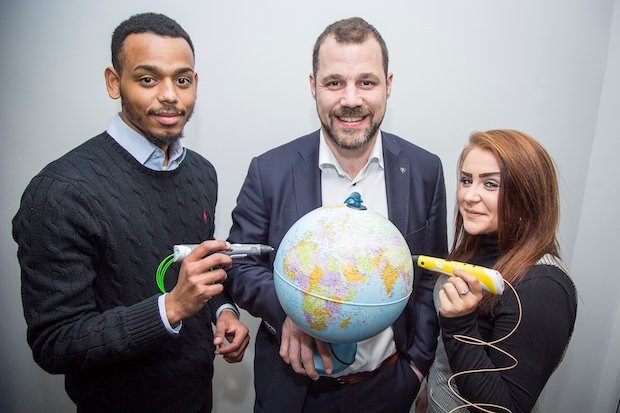 3recruit, the Chester-based technology recruiting company, sees a significant increase in the export of its services as the company expands into new markets including France, Germany, Italy and the United States .

The company, which was founded in 2014 by Jan Vandewalle with investment from recruiting entrepreneur Gary Dewhurst, has seen its international business activity grow from 20% of operations to 80% in the past 12 months.

Launched as a specialist recruiter to support emerging industries in 3D technology, architecture and managed printing solutions, the company has established a presence in industries such as television, film and games, as well as automotive, aerospace and application design.

The company has also extended its expertise to support a key area of â€‹â€‹the 3D printing / additive manufacturing (AM) sector that produces components for industry, but also life-changing equipment such as artificial limbs.

Its international expansion is supported by its multilingual team of seven, which has helped place a range of professionals, including visual artists, application engineers, and sales and marketing professionals, in key positions across the world. ‘Europe and beyond.

3ecruit aims to further increase its export business by targeting growing markets such as the Middle East and Australia, both of which are increasing the application of 3D technology in a wide range of industries.

It will also strengthen its presence in Europe’s largest market, Germany, with the appointment of a new business development consultant in the country in 2018.

3ecruit also continues to expand its UK operations and was a major sponsor of the annual top awards of the AM industry’s premier event, the TCT Show at the NEC in Birmingham. He also plans to recruit two London-based business development consultants who will also support 3ecruit’s sister company, POSability.

Also serving the Managed Print Solutions industry with specialist recruiting services, POSability is focused on assisting businesses with experienced candidates in the point of sale, print and promotional material markets.

â€œThe 3D technology market is growing exponentially, creating opportunities around the world for the talented specialists with whom we work closely,â€ commented Jan Vandewalle, co-founder of 3ecruit. â€œIn addition to placing UK talent in national and international roles, we also enable applicants from all over the world to secure positions in Europe and beyond.

â€œThis has been bolstered by our reputation in the industry among 3D technology companies who want to secure top talent through efficient and effective processes. This allows us to expand into new parts of the world and view markets such as Australia and the Middle East as important for the continued development of the business. “