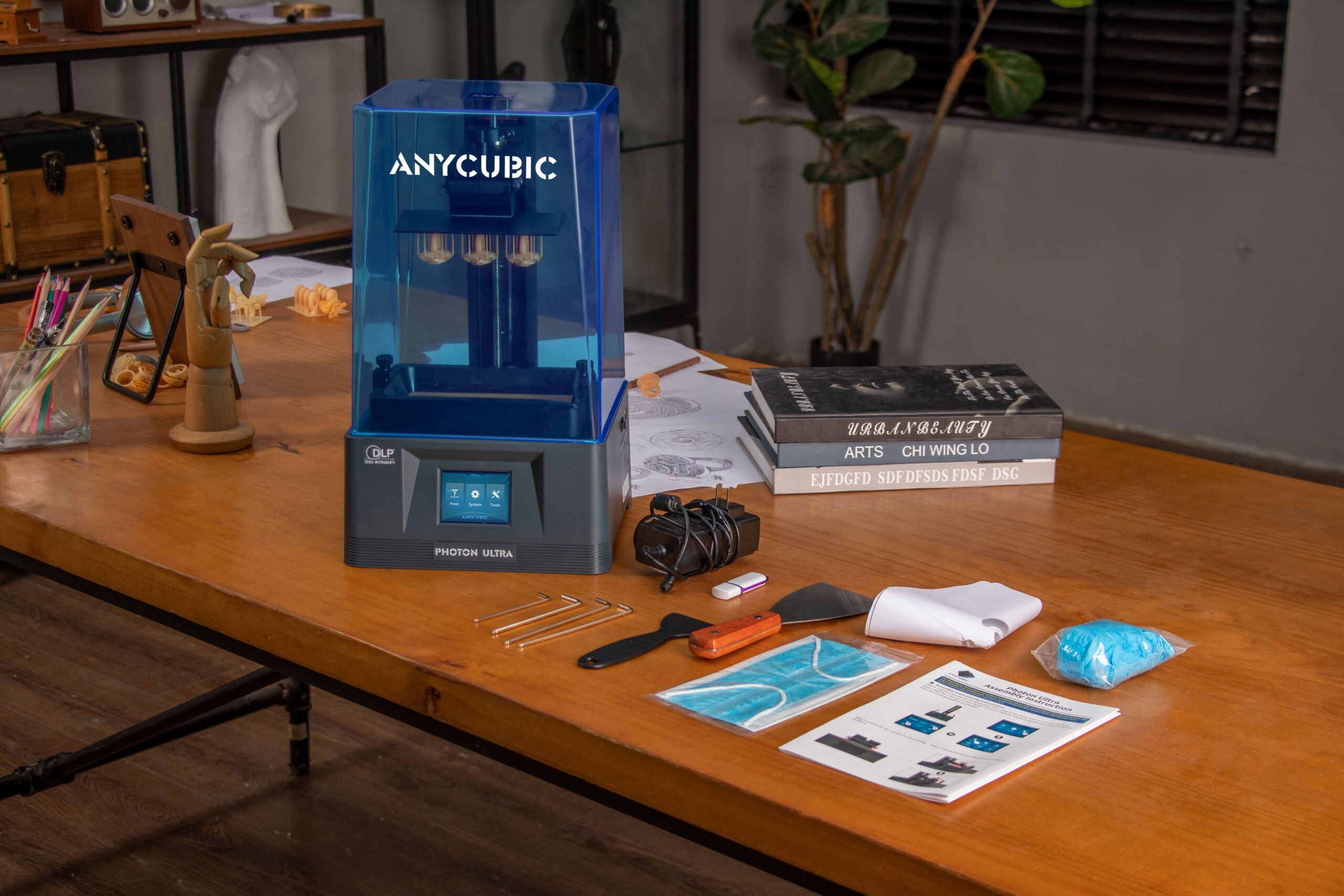 Anycubic, the established brand of 3D printers known for their high-quality and affordable printers, is coming to Kickstarter with a world first: the first affordable, high-precision DLP 3D printer for consumers. The Anycubic Photon Ultra presents an exclusive launch of the latest DLP technology from Texas Instrument, which brings many benefits to users, such as: little to no maintenance, extremely high resolution prints and much lower power consumption. Anycubic aims to solve this problem and meet the needs of its customers.

Although the specified resolution of this DLP printer Anycubic Photon Ultra is rated at 720p, its print quality is even better than that of 2k / 4k monochrome LCD printers. This is because DLP printers use a different technology to project light compared to LCD printers. DLP printers use a projector that reflects all light to a pixel through a micromirror. As a result, there is no convergence of light, resulting in sharper black-white contrasts. LCD printers converge all light into one pixel, which can cause bumps and shadows on the edge of models. When displaying thin lines and small text, DLP printers are clearer than LCD printers with purer colors and richer layers, resulting in a more delicate texture and sharper corners models.

LCD screens are a consumable item, which should be replaced every 3-5 months. The Anycubic Photon Ultra does not have an LCD screen and the internal projector to allows the printer should be used for more than 20,000 hours. This means that the average user saves around $ 600 on LCD screen replacements. With a Kickstarter price of $ 399, most people will have saved more money than they spent on the Anycubic Photon Ultra!

The fact that the Anycubic Photon Ultra does not require high maintenance LCD screens, this is already a big step forward in creating an environmentally friendly 3D printer. The machine is also much more energy efficient, which further improves its impact on the environment. The Anycubic The Photon Ultra DLP printer operates at 40% light efficiency, which is 15 times higher than the 2.5-3% that LCD printers typically operate at. It consumes much less power and is rated at 12W with an average power consumption of 8.5W. Printer consumes between 0.017 and 0.034 kWh to print a 100mm high model.

Low power consumption equals less heat, which means that the Anycubic Photon Ultra does not need cooling fans, which makes it really quiet.

With 16x anti-aliasing, edges and corners of prints are smoothed out, reducing layer lines and post-processing time.

Anycubic Photon Ultra’s print speed is around 1.5s per layer, comparable to LCD printers like Photon Mono X, which has a speed of 1.5-2s per layer. Compared with SLA point light source printing, its speed is up to 5 times faster.

The print bed has been laser etched for improved platform adhesion and smoothness, ensuring a higher pass rate and better print stability.

The Anycubic Photon Ultra launches print settings to be changed directly on the printer via the color touchscreen, making it easy to set up and optimize without a computer.

Anycubic Photon Ultra launches on Kickstarter September 14th, 2021, where it will be available for pre-order as a world exclusive. We use crowdfunding to match the innovative spirit of our clients, who are pioneers in the creative community, always open to novelty. Our campaign will run for around a month, offering many benefits, discounts and special promotions to our early supporters. After Kickstarter, backers will be the first in the world to receive their Anycubic Photon Ultra, and later in the year it will be available through Anycubic’s usual distribution channels at a slightly higher price.

Anycubic is a leading company in the 3D printer industry, specializing in the R&D, manufacturing and sales of 3D printers. We provide many affordable, high performance and smart printers for different kinds of customers, consumers, hobbyists, schools and product designers. Since its inception in 2015, we have been committed to propelling 3D printing technology to empower people from all walks of life to unleash their creativity and turn their imaginations into reality.

Disclosure: Some of our articles include affiliate links. If you buy something through one of these links, Geeky Gadgets can earn an affiliate commission. Learn more.

2021-09-08
Previous Post: The 3D Design Software Market is Ready for the Next Stage of Growth
Next Post: Frontier bridges the gap between brand 3D design process and supplier assets