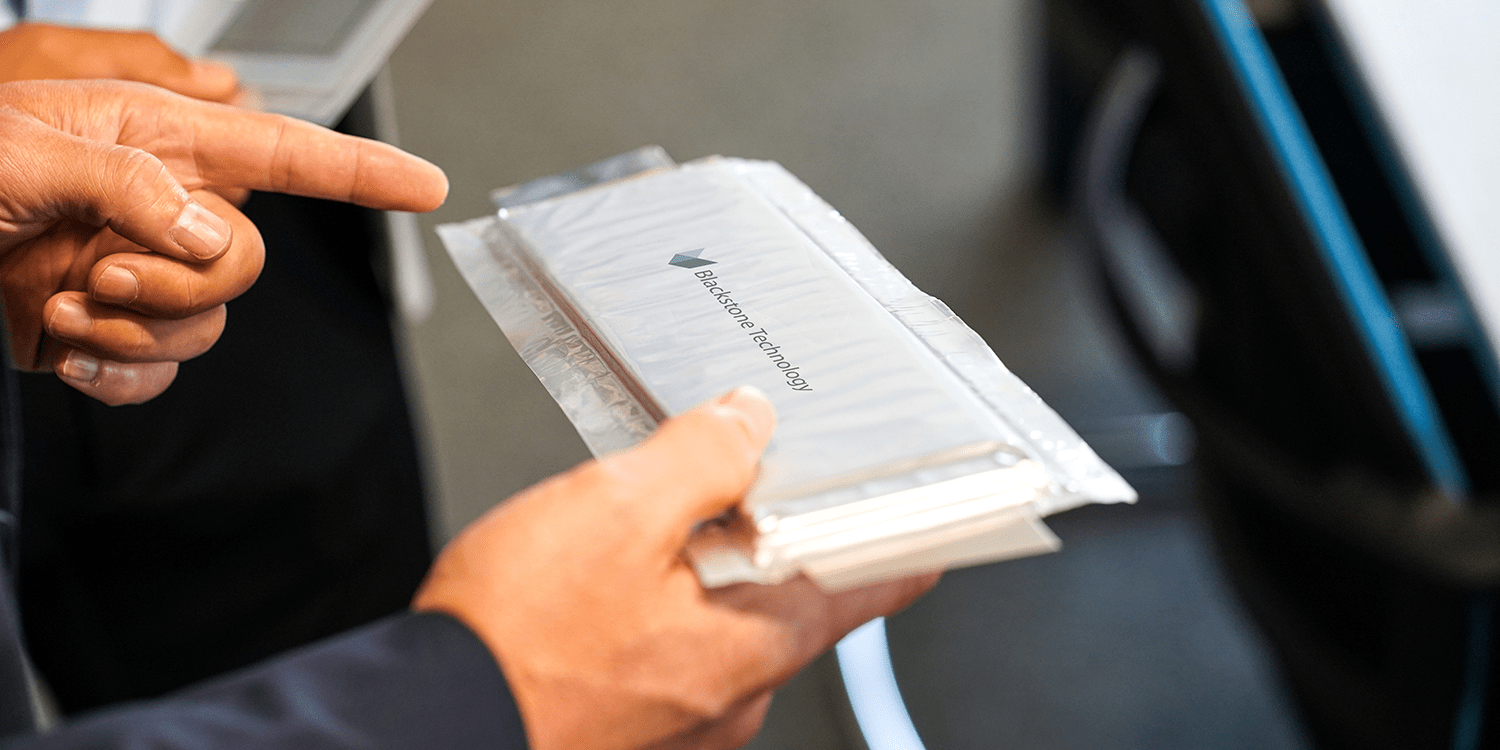 By: Dorothy T. Andrews
In: 3d printing
With: 0 Comments

In February, Blackstone had shown a pre-production sample cell ready for mass production. At the time, the emphasis was on energy density; the proprietary thick film technology used by Blackstone Technology (the German subsidiary of the Swiss company) would allow “20-25% higher energy density compared to current lithium-ion battery technology.” The technology can be used for the production of liquid electrolyte batteries, but also for solid state batteries.

In the current announcement, Blackstone prioritizes cost: printing battery cells using the patented process reduces material costs by 20 euros per kWh through better use of inactive materials (fewer sheets of manifold and separators).

This information does not come from a presentation to investors with optimistic forecasts, but rests, according to Blackstone, on a “solid scientific basis”. As Serhat Yilmaz, Chief Marketing Officer of Blackstone Resources AG, explains, the Bern University of Applied Sciences (BFH) carried out a complex production simulation. â€œThe validation process involved over 250 process parameters and 90 product parameters to verify this unique production technique with our reference model,â€ Yilmaz explains.

The study was commissioned by the funding agency Innosuisse. As the results have been verified and confirmed, Innosuisse has released another slice of money for the project, which Blackstone says it will use to create other solid-state battery printing models. The simulation also showed that production costs could be reduced by around 20%.

Along with this validation process, Blackstone Technology worked with Saxon company Symate GmbH to develop an artificial intelligence (AI) system that will be integrated into the production of printed electrodes and battery cells by December 2021. ” This will allow the mathematical models developed by BFH to be fed for the first time with data from the AI â€‹â€‹Life system, â€says Yilmaz. â€œThis allows us to optimize our production processes cyclically and in real time. From raw material testing to recipe selection, processing and battery cell production, all relevant parameters can thus be recorded in a system, optimized and analyzed using AI predictions.

Yilmaz also mentions other details: â€œBy eliminating long drying lines and toxic solvents, we can sustainably reduce energy consumption in electrode manufacturing,â€ explains the marketing director. â€œIn this way, we have created a valuable basis for the future production of new solid-state or solid-state batteries that will set new standards in terms of energy density, charging speed and safety, while maintaining the moderate costs and environmental impacts. “

Incidentally, Yilmaz has only been marketing director at Blackstone Resources AG since September 2021. However, Yilmaz is not new to electromobility: before settling in Switzerland, he was CMO for six months at the specialist in electromobility. Framo conversion, to which it had changed from a competitor. Quantron.