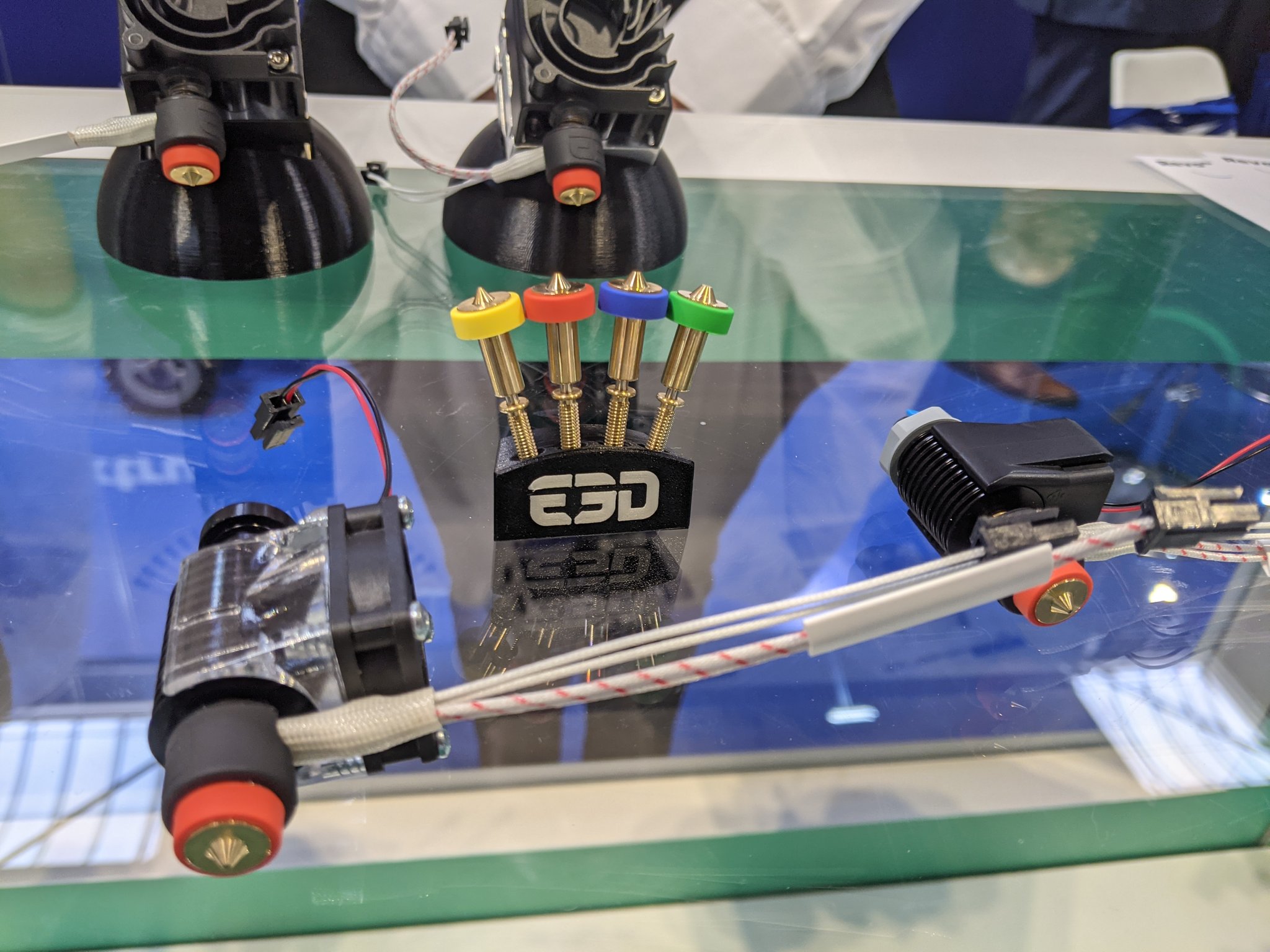 The 3D Printing Industry Awards 2021 the shortlists are now open to vote until October 20. Vote here.

As the name suggests, Revo nozzles are designed to be quickly changeable. They are based on Popular V6 hotends from E3D and are intended to be easily integrated into any FDM 3D printer. To change the Revo nozzles, users will only have to unscrew the old hotend with their fingers and screw in a new one in its place. As such, the newly developed system completely eliminates the need for tools.

The RapidChange Revo range initially includes the Revo Micro and the Revo Six.

E3D writes: â€œE3D’s goal is to change the way humanity manufactures goods by bringing 3D printing innovations to the market. Subtractive manufacturing has had the ability to change tools quickly and easily for decades. It is time for the additive to catch up.

Optimized for space and weight

E3D has focused on reducing space and weight with its latest product launch. The Revo Micro hotend weighs only half the E3D V6 and takes up less volume in the printhead, reducing the overall mass of the assembly to enable faster print speeds.

Made of brass with a maximum temperature of 300 Â° C, Revo nozzles will offer four different color-coded sizes at launch: 0.25mm, 0.4mm, 0.6mm and 0.8mm. Each nozzle variant has its own silicone sock color for easy identification, but all sizes are engraved on the underside of the nozzles as well. E3D has said it will launch more types and sizes of nozzles as the ecosystem grows.

Due to its modularity, the Revo nozzle system is designed to make printer maintenance extremely easy. Since each nozzle change refreshes the area that has been in contact with the molten filament, simply swapping out the nozzles if the active nozzle gets stuck, reducing downtime to seconds. Additionally, the Revo assembly integrates the nozzle and HeatBreak (the part that separates the hotend from the rest of the extruder) into one unit, which means there is no risk of plastic leaking.

E3D has also developed a brand new radiator for its Revo range. Dubbed the HeaterCore, the heating element is designed to be smaller and more rugged than traditional heat blocks, with a positive temperature coefficient (PTC) that reduces power as the heat increases. The company says this significantly reduces the maximum thermal runaway temperature, mitigating the associated health and safety risks.

Due to its open source roots, E3D strongly believes in scalability and backward compatibility. As such, the hot side of RapidChange Revo is always the same: a HeaterCore and a Revo nozzle, and it still interfaces with the cold side (the rest of the extruder) in the same way – with a HeatBreak of Hemera style.

For new E3D customers, the Revo Micro detailed above is recommended due to its compactness, but existing E3D V6 owners can use Revo Six. Revo Six acts as an instant replacement for the E3D V6 hotend, allowing any printer with a V6 configuration to use the Revo quick change system.

Additionally, for those who like to customize their 3D printer setups, the RapidChange Revo cold side interface is fully open source. Customers will be able to design their own mounting systems to fit any 3D printer they have. The company even encourages the design of new heat sinks and brackets for use with the Revo and HeaterCore nozzles.

As it stands, RapidChange Revo will be open for pre-orders in November 2021. The company expects the devices to start shipping at the end of the year. The package will cost around Â£ 100 (~ $ 120) and include a full Revo HotEnd with all four Revo nozzles to swap out.

Just this month Xaar, a UK developer of inkjet printing technology, has announced the launch of its latest printhead, the Xaar Irix. Based on the previously released Xaar 128 device, the new Xaar Irix is â€‹â€‹designed to be easy to use and lightweight with a compact footprint. It can be used to deposit oil and solvent based inks for applications such as material jet 3D printing.

Somewhere else, Wham Bam Systems, a developer of accessory products for 3D printers, recently announced the launch of its new FDM tool changer device. Named “the MUTANT V2”, the easy-to-use add-on can be installed in place of the default printhead, allowing users to quickly switch between hot ends, laser cutting tools, and any other printhead. personalized tool that they may have in their arsenals.