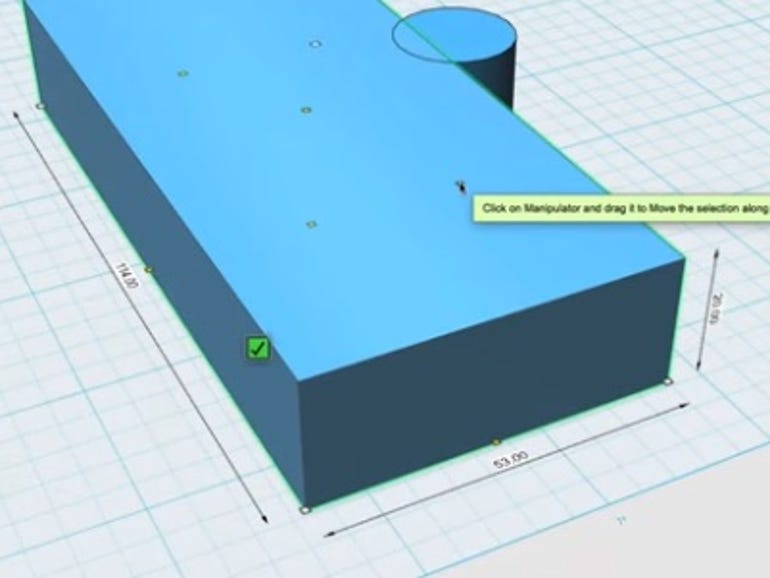 One of the biggest challenges that new 3D printing users face is getting to grips with the idea of ​​3D design. For many people, using a 3D CAD (computer-aided design) program seems completely out of reach. But, it turns out that many of the 3D design features are similar to something almost all of us have had to use: PowerPoint.

In the video above, I created a simple tutorial with two windows open, one in PowerPoint and one in the 3D design program I use, the free Autodesk 123D Design tool. By switching between the two programs, you can see how parallel they are, even though the user interfaces are noticeably different.

Update: If you’re working on your own DIY project, this comprehensive guide to tech projects is a good place to start.

Now, before we continue, let’s talk about 3D design programs. There are a ton of them, including a bunch of great ones that are free. For this DIY-IT discovery series on 3D printing, I opted for 123D Design because it’s both free and has been used in a whole bunch of YouTube videos that inspired me to explore this topic. You are welcome to use other 3D design programs and you will find that the similarities I am talking about are common to most of them.

For example, when designing slides in PowerPoint, you often need to create basic shapes like squares and circles. You select from a menu Insert Shapes and choose from the available shapes. In 123D Design you can also insert shapes, both three-dimensional and flat. In the demo, I created a square and a circle in PowerPoint, then a cube and a cylinder in 123D Design.

Another similar function that most of us are familiar with is grouping. You can treat a set of objects as a single object with the PowerPoint grouping tools – and the same sort of thing exists in 123D Design. In PowerPoint I grouped a circle and a square and moved them, and in 123D Design I grouped the cube and the cylinder.

When you want to align objects, the align tool comes in handy. Almost all graphics programs have an alignment tool. In PowerPoint I demonstrated aligning the centers of the square and the circle, then in 123D Design I pressed the “A” key and aligned the cube and the cylinder.

PowerPoint has a very powerful menu in its Shape Format tab, which lets you combine and separate shapes. The Union command combines two separate shapes into one, allowing all shape styling effects to work on what becomes a new outline. In 123D Design there is a merge function that does the same thing.

PowerPoint, in the same menu, has a subtraction feature, which allows you to subtract one shape from another. Although powerful in PowerPoint, it’s a must-have tool in 123D Design because you can use it to remove material from 3D objects. Watch the video for a demonstration of how I use subtraction to effectively nibble parts of a 3D object to get the final shape I want.

Another feature is one we all take for granted in PowerPoint, but often overlook in 3D design: fill an object with color. It’s easy to do in PowerPoint and it’s just as easy to do in 123D Design. Although you’re not likely to 3D print objects in two colors (unless you have a printer with two extruders), using color in a 3D design can be very helpful in understanding how parts fit together. fit together or for any other organizational approach.

There are many other cool features in a 3D design program and we’ve featured some of them in other videos. But the one that’s not in PowerPoint that’s really cool is the ability to hollow out the inside of a shape, effectively shelling it. With a few clicks, I turned a cylinder into a simple cup. You will also see it by watching the video.

Overall, the message I want you to take away from this article and the accompanying video is right in the title: if you can do PowerPoint, you can do 3D design. I think I’ve shown that, for at least a bunch of features, it really is.

So go out there and do good things. Stay tuned. We have other projects to come.