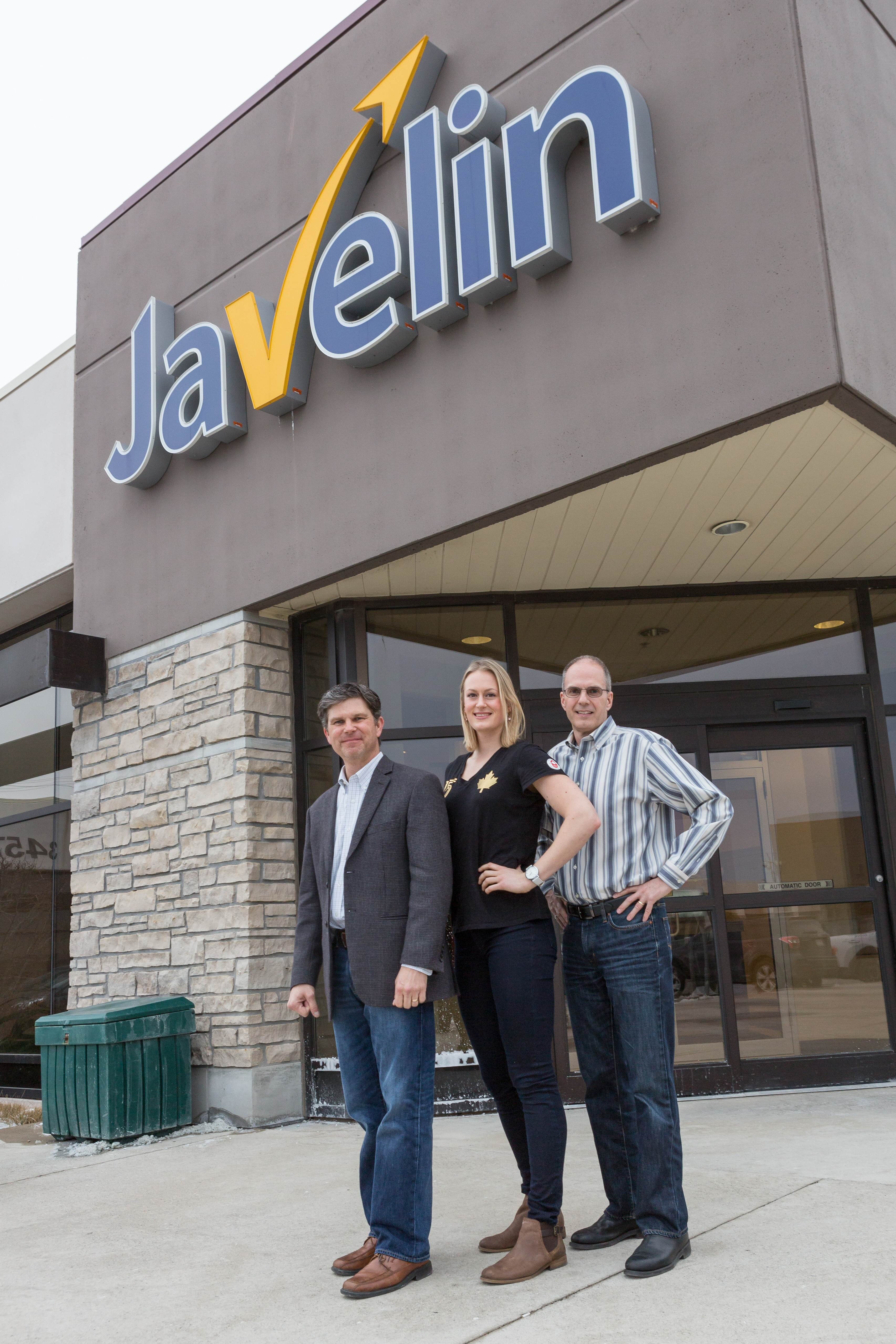 OAKVILLE, ON–(Marketwired – April 07, 2016) – The 3D design and 3D printing specialists at Javelin Technologies discover everything they have in common with the Canadian athlete they are now sponsoring, other than the fact that she throws the “javelin”.

That athlete is Liz Gleadle, Canada’s top javelin thrower and record holder. At the 2015 Pan American Games in Toronto, on Gleadle’s last pitch – and her last chance to win – she relied on years of training, nerves of steel and the high-tension home crowd to throw a clutch throw of 62.83 meters, capturing the gold medal.

It was this emotional performance that caught the attention of Canadians and the interest of Javelin Technologies Managing Director, John Carlan.

“At first it was just the ‘javelin’ connection that made me curious,” says Carlan. “When we dug a little deeper, we found that our values ​​really matched – being the best we can be, relying on training and technique, daring to be different. Once we spoke to Liz, we found that She was a really great person, the deal was done, we had to lend our support behind her.

With a strong focus on training and ongoing support, Javelin is a reseller of SolidWorks® CAD (computer-aided design) software and a full line of Stratasys 3D printers capable of producing finely detailed, realistic models and parts. As two of Javelin’s major partners, SolidWorks and Stratasys have also joined us in providing support and encouragement to Gleadle.

Javelin Technologies’ slogan, “Aim High”, and hashtag (#aimhigh) will be the centerpiece of sponsorship activities. Carlan says Javelin Technologies’ connection to Gleadle, including its impressive accomplishments and dedication to its training program, has already been an inspiration to Javelin employees and customers. And Gleadle says the parallels between success in business and in sports are clear.

“Success doesn’t come alone, even in what seems like a solo sport,” says Gleadle. “Although the athlete is in the spotlight, it takes a whole team to get him there. I work closely with my coach and physiotherapists and surround myself with people who will make me better. Aiming high in business requires the same drive to be the best you can be, and that same ability to work as a team. I’ve seen that in the Javelin people I’ve met and enjoy working with them on projects. Their creativity and energy are contagious.

Assistance with travel and training

Gleadle is working with Javelin’s application experts on two 3D design projects: an insert for his carry case to protect his prized javelins and a custom physiotherapy aid to relieve tight muscles. Using the SOLIDWORKS eDrawings Viewer, Gleadle can view design iterations in 3D and is able to move and rotate parts and assembly on screen. She adds her remarks directly to the file.

In another project, Javelin simulation specialists will use SolidWorks Motion to analyze Gleadle’s javelin throw. They will study measurements such as balance point, release angle, muzzle velocity and drag.

“We’re buzzing about all the ways we can connect Liz with our own employees and with our customers,” Carlan reports. “And just about everyone has an emotional connection to international sport and the Olympics, whether it’s out of patriotism, or being inspired by people performing under pressure, or that attitude of never giving up.”

Gleadle is currently ranked fifth in the world in her sport. In May 2015, she broke her own Canadian record (throw of 64.83 meters, a personal best) while winning the Golden Grand Prix competition in Japan. She finished second in the Zurich Diamond League final, beating two of the 2015 World Championship medalists. Gleadle’s Olympic experience includes the 2012 London Olympics, where she finished 12th in the final. She will represent Canada at the Rio Olympics this summer.

Another link to elite sport

“It all fits together really well,” says Carlan. “Millimeters matter – in 3D design, in rowing and javelin. With Liz, it’s like how we help our customers – they do all the hard work; we’re in the background to support them when “They need help with our products. She’s determined to be the best on the planet – we just hope we can help her a little along the way.”