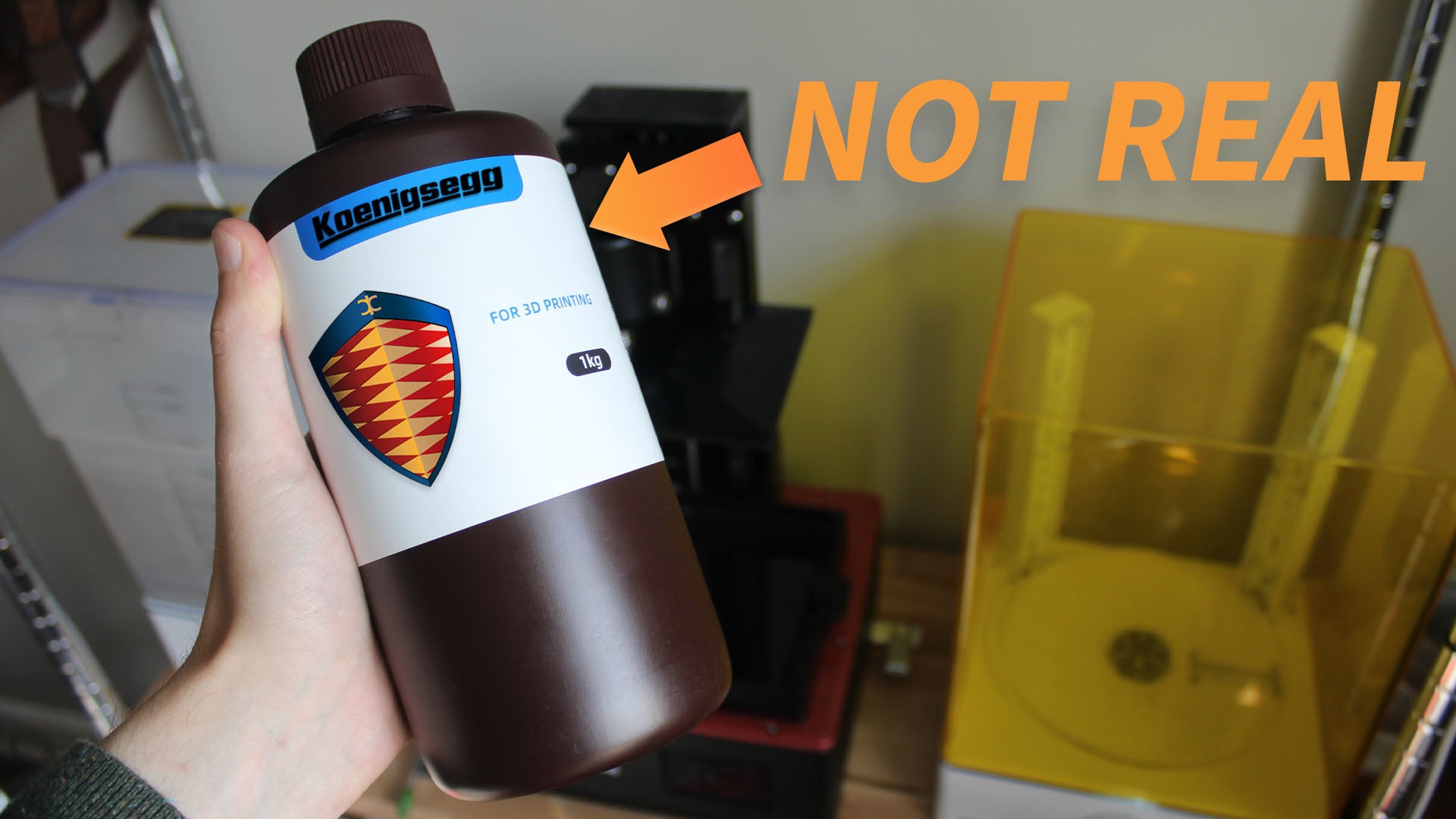 Koenigsegg mixes its own special 3D printer resin, but you can’t buy it

Koenigsegg uses a number of advanced manufacturing techniques to build its low-volume hypercars, such as 3D printing. It runs a ton of printed metal parts, but it also does liquid resin stereolithography, or SLA, in-house. The process uses ultraviolet light to cure liquid photoresist in a number of small layers. It’s popular in the hobby space now (even I have an SLA machine) but the composition of any of them commercial resin is not good enough for the top Swedish automaker. In a conversation with Christian von Koenigsegg at The Quail during Monterey Car Week, he told me that they mix their own resin, and no, I can’t buy any.

“We have about 10 3D printers, and now the latest ultra-fast resin printers,” he said. “We print enclosures for electronic controllers, nozzles to spray things…under vents, shutters, [those] kinds of things are printed at high temperatures.” He also noted that some interior upholstered components are printed.

As for the type of resin the company uses, Koenigsegg didn’t give me an exact make-up, but said it’s often a custom. “In fact, we sometimes mix ours, because we want to mix antistatic materials, [and other things.]”

“Have you ever considered selling this?” I asked him.

“Have you ever considered selling the Koenigsegg resin mix?”

“Not really, no,” he replied with a laugh.

So yeah, I hit on that front. I also wouldn’t say the company is missing out on a lot of potential business by not selling its own 3D printer resin. That being said, I would buy the Koenigsegg stuff just as a novelty. Putting the Koenigsegg name on a bottle of photosensitive liquid would allow the company to command whatever price it wanted. As the market for high performance resins grows in the automotive industry, it might also attract a few customers.

Of course, Koenigsegg is a low-volume manufacturer of very expensive cars. Making large batches of resin for commercial or hobby customers is not an activity that interests him. The automaker has licensed their technology in the past, like Freevalve, but realistically, I know that’s not feasible. I just want to try for fun. Customers or not, I want this resin with the company crest on it. It would be like the nice bottle of liquor behind the bar that no one ever drinks. This would be a flex to own for sure.

Have a tip or question for the author? You can reach them here: peter@thedrive.com