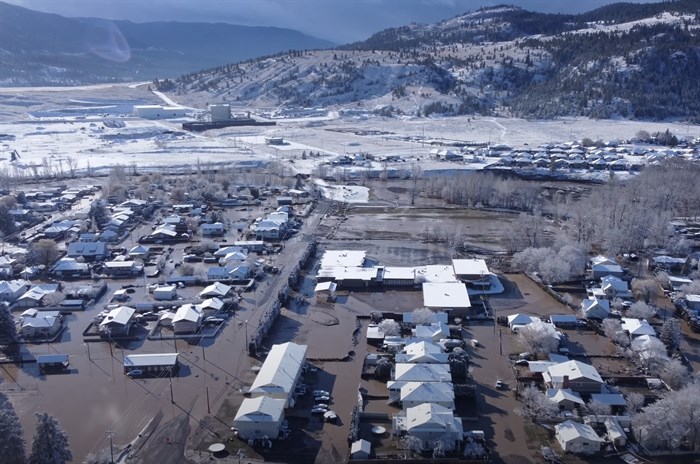 
After catastrophic flooding in November, around 600 Merritt residents still haven’t returned home, but a 3D printer could speed up the process.

Greg Solecki, Merritt’s director of recovery, said the city could partner with UBC to purchase a 3D printer that’s a more cost-effective and faster way to build homes than typical building methods.

In November, the Coldwater River ruptured its banks, damaging homes and causing the entire town to evacuate by damaging the water treatment plant.

Around 250 homes, with 600 residents still under an evacuation order as flood damage means their homes are currently uninhabitable.

The first step is to raise around $700,000 to buy a $1.3 million 3D printer. The cost will be matched by UBC because they have all the engineering and would like to do case studies, Solecki said. There is no current timeline on when residents will be able to return home as global supply chain issues, wildfires and the pandemic have strained available resources.


READ MORE: Merritt will use a massive 170m ejection dam to temporarily reverse the river after a flood

The city considered a variety of different types of homes, including caravans, mobile homes, and motorhomes, and found that 3D printing is cost-effective and fast.

“It’s something that can be done and realistically started in April,” he said. The city hopes to find grants, charities and donations to get half the cost of the printer.

“Even if we get some of that, I think we would be able to show partners like UBC and maybe other investors or the province or the federal government that this is viable … and then they may be able to provide further assistance with us in terms of funding,” he said.

A 3D printer could create a one- or two-bedroom home, around 650 square feet, in three days, he said. The printer uses a concrete type mortar to establish the exterior of the house to allow people to enter the houses. The homes would meet all provincial building codes, he said.

The first problem is raising money for the printer, then figuring out how many can be printed and how they would be sold, he said. Once funds are secured, the city will determine next steps.

They hope the Hell or High Water fundraiser across the city will raise significant funds for the effort, Solecki said.

Hell or High Water is a 12-hour online fundraiser featuring a live entertainment telethon and a live concert from the Clarke Foundation Theater in Mission to raise money for residents of communities devastated by Merritt’s fires and floods. , Lytton, Princeton, Abbotsford and surrounding First Nations communities. It is due to take place on March 13.

“Our biggest priority is getting people back to Merritt and homes and this 3D printed option seems to be the most viable right now,” Solecki said.


READ MORE: The new challenge of 3D printing: solving the housing shortage in the United States

With funding from the province, security guards are also patrolling homes evacuated since March 4, with Merritt RCMP reporting an increase in break-ins, especially in the currently evacuated part of Phase 4 of the city.

“It’s also a matter of safety, we don’t want people taking unnecessary risks in certain neighborhoods with all the debris there,” Solecki said.

Once people can go home, it will help deter crime, he said.


To contact a reporter for this story, email Carli Berry or call 250-864-7494 or email the editor. You can also submit photos, videos or news tips to the newsroom and be entered to win a monthly prize draw.


We appreciate your comments and opinions on our stories, but play well. We will not censor or delete comments unless they contain off-topic statements or links, unnecessary vulgarity, false facts, spam or obviously fake profiles. If you have any concerns about what you see in the comments, email the editor in the link above.