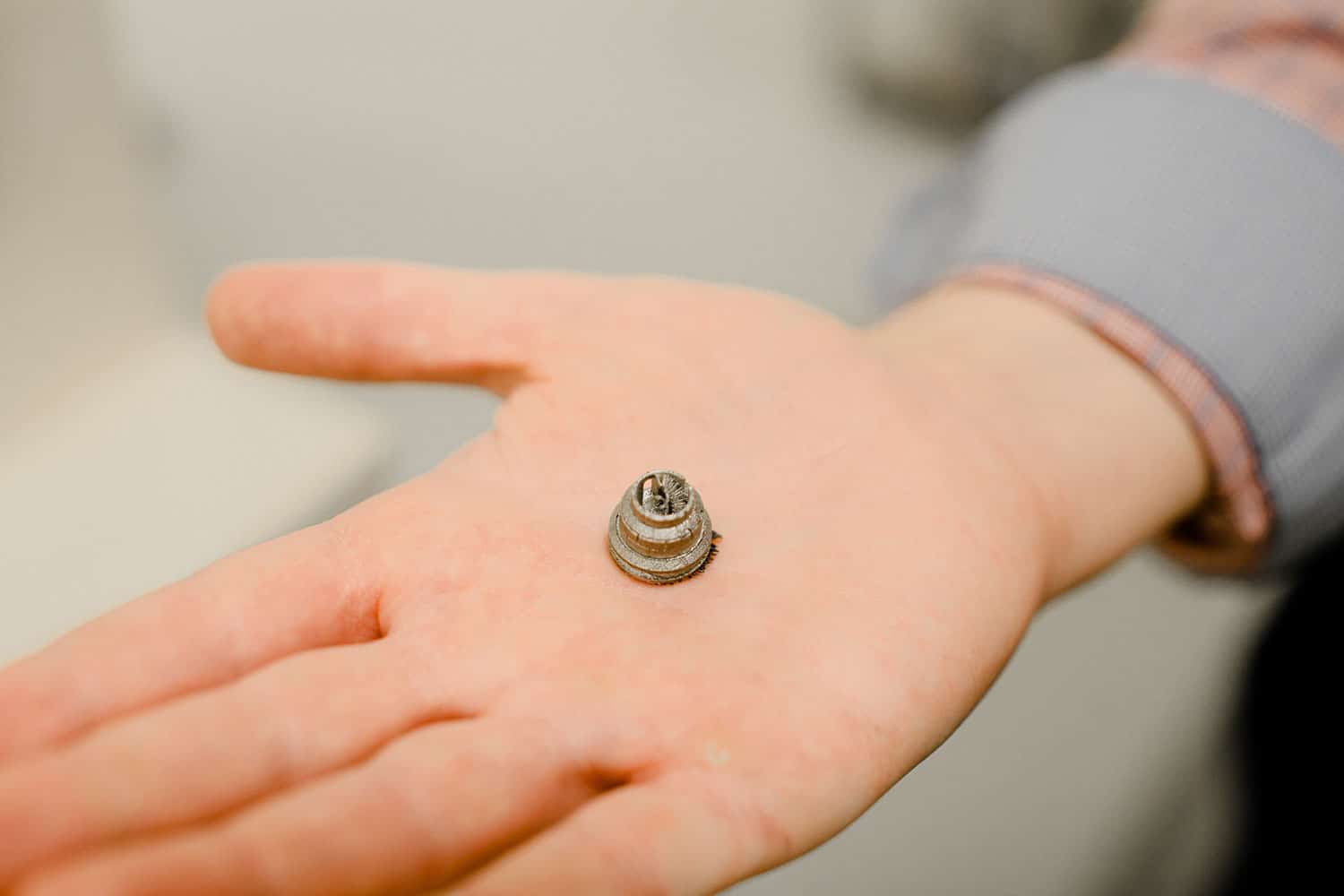 Miniature permanent magnets can be printed on a 3D printer

Creating complex and small magnets is not an easy scientific and technical task, but they are in demand in various specialized applications. 3D printing is one of the most promising ways to create intricately shaped parts from magnetically hard materials.

Today, scientists from the Urals Federal University and the Urals branch of the Russian Academy of Sciences are determining the optimal conditions for 3D printing permanent magnets from hard magnetic compounds at base of rare earth metals. This will make it possible to start a small-scale production of magnets, to give them any shape during manufacture and to create complex configurations of magnets.

These small magnets are suitable for miniature electric motors and electric generators on which heart pacemakers operate. Additionally, the technology minimizes production waste and has a shorter production cycle.

In their study, the scientists managed to determine the optimal parameters for 3D printing permanent magnets using the selective laser sintering method. It is an additive manufacturing process in which a magnetic material in powder form is sintered layer by layer into a three-dimensional product of a given shape based on a previously created 3D model. This technology makes it possible to modify the internal properties of the magnet at the level of the compound, the degree of spatial orientation of the crystallites and the crystallographic texture, and to influence the coercivity (resistance to demagnetization).

“Producing small magnets is a difficult task. Now they are only created by cutting a large magnet into pieces; because of the mechanical processing, about half of the material used turns into garbage,” explains Dmitry Neznakhin, associate professor at the department of magnetism and magnetic nanomaterials and researcher at the section of solid-state magnetism at UrFU. “Furthermore, the cutting introduces many defects in the near-surface layer, which leads to a considerable deterioration of the properties of the magnet.”

“Additive technologies allow us to avoid this and to manufacture complex magnets, for example, with a north pole and two south poles spatially separated or a magnet with five south poles and five north poles at the same time. Such configurations are needed for pacemakers, where it is only possible to assemble the rotor of an electric motor from separate magnets under a microscope.

Scientists have now succeeded in producing thin permanent magnets, about one millimeter, whose properties are similar to those of industrially produced magnets. The base was a powder containing samarium, zirconium, iron and titanium. The compound has characteristics suitable for permanent magnets, but traditional manufacturing methods rob the compound of most of its properties. Therefore, the scientists decided to see if the properties could be preserved with the new technology.

“When creating permanent magnets based on these compounds using traditional methods, the properties of the finished products are far from those theoretically expected. We have found that when sintering a sample, the addition of a fusible powder from an alloy of samarium, copper and cobalt can maintain the magnetic characteristics of the main magnetic powder, this alloy melts at temperatures lower than the properties of the main alloy change, therefore the final material retains its coercive force and density,” adds Dmitri Neznakhine.