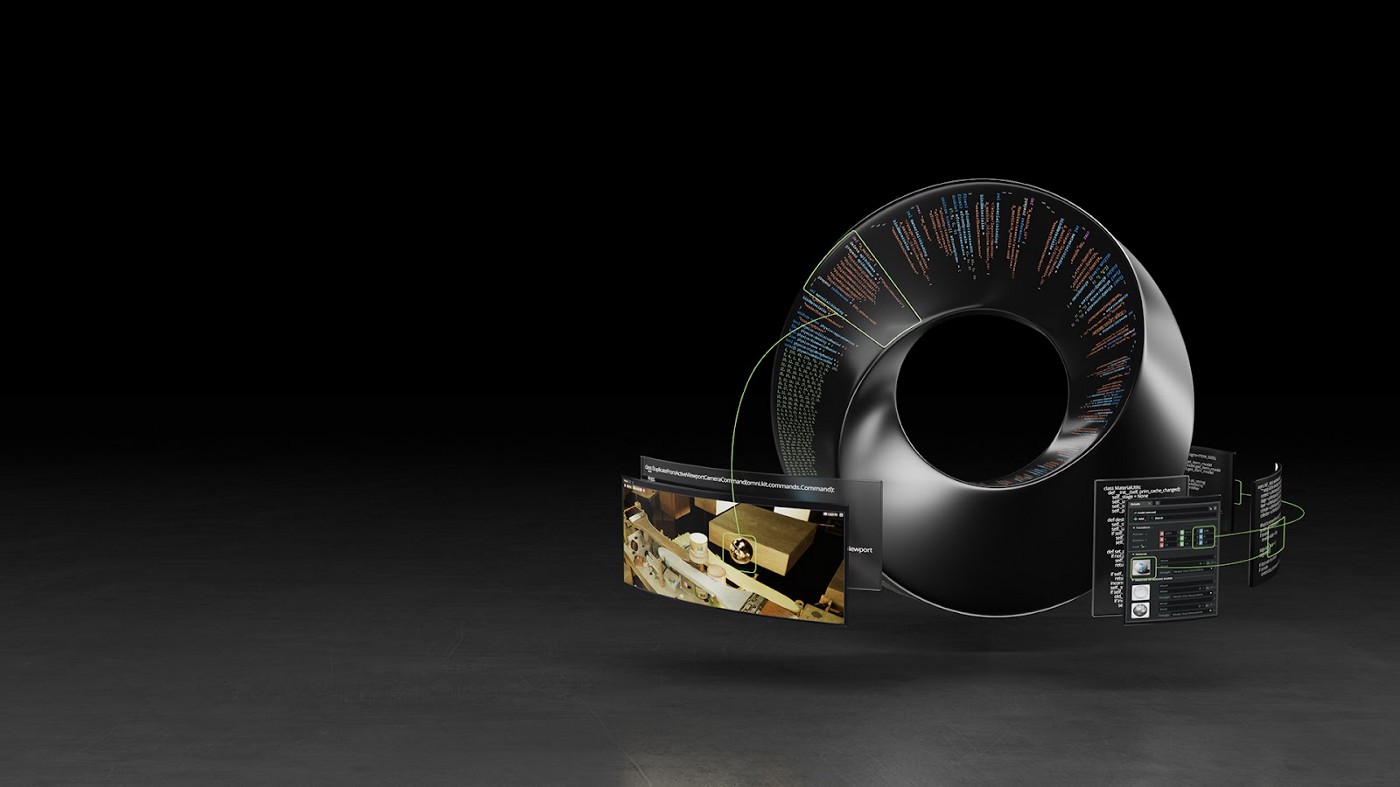 Nvidia has announced Omniverse Code, a new application that makes it easier for developers to create advanced tools for 3D design and simulation.

The app includes the Omniverse Kit SDK runtime along with basic tools, templates, and documentation. Developers won’t have to build from scratch with hundreds of Omniverse extensions available to edit, modify, or integrate into their own extensions or apps.

Interactive documentation helps users learn about features like buttons and sliders. The documentation code is even exposed, allowing users to copy and paste it entirely or modify it as needed.

A new scene manipulation and layering system called Omni.ui.scene makes its debut in this version of Omniverse Kit. The new framework allows users to build interactive manipulators and control objects in a 3D environment. A collection of standard manipulators are provided or developers can create their own with just a bit of Python code.

Python can also be used to customize the new 3D window menu which “serves as a one-click portal to various tools available to developers”.

Multiple viewports can be individually configured with unique cameras and renderers so that different advantages can be pre-configured.

Here’s a video on how to get started with Omniverse Code:

Omniverse Code is currently in beta and can be found here.