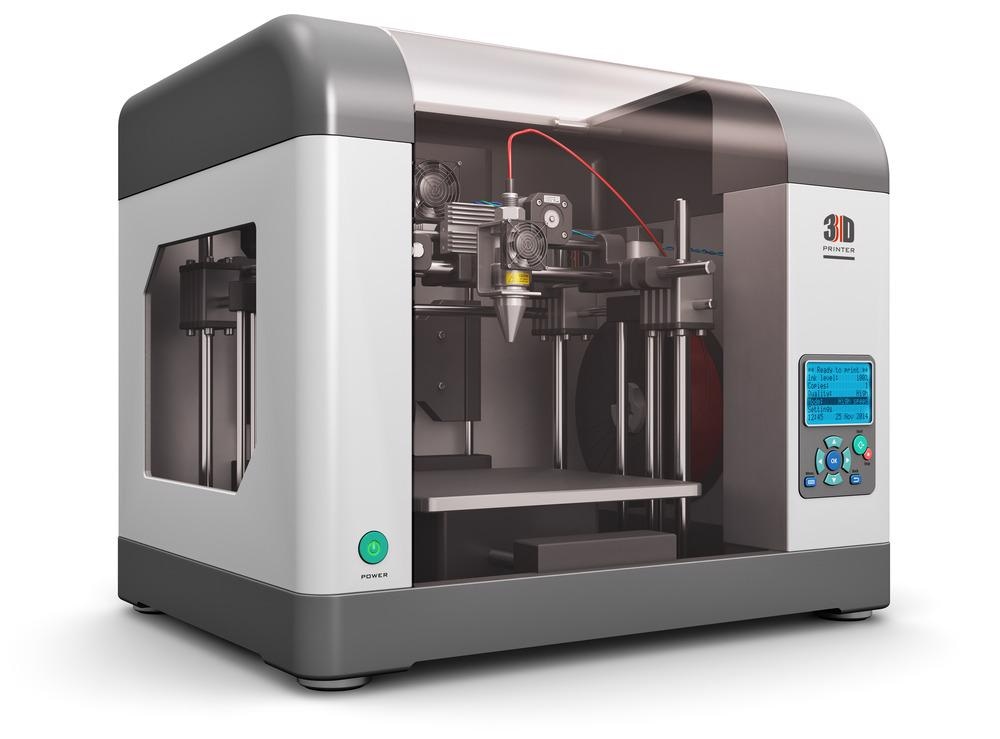 A team of researchers recently published an article in the journal Materials which demonstrated the correlations between polyetheretherketone (PEEK) printing behaviors and nozzle temperatures in the fusible filament fabrication (3D FFF) three-dimensional printing process.

PEEK, one of the crucial replacement materials for high performance metals, is mainly a semi-crystalline resin with high thermal stability, mechanical strength and chemical resistance. The melting temperatures (Tm) and the glass transition temperature (Tg) of PEEK are 343 and 143 ohC, respectively, which satisfy the thermal stability needed for end-use applications such as aerospace, military engineering, energy storage, and medical implants.

A step-wise polymerization reaction is used to produce the material. Additive Manufacturing (AM) is used to fabricate PEEK-based 3D objects for use in different applications. AM technology uses computer-aided design (CAD) systems with simulation capabilities to fabricate 3D objects, which increases manufacturing speed and reduces manufacturing cost and time. This manufacturing method can be segmented into seven categories based on the processes and materials used in the method.

Among these categories, Selective Laser Sintering (SLS) is widely used in heavy industries such as medical devices and automotive design due to simpler post-processes than other printing methods and its ability to print different materials. in powder. However, PEEK materials experienced deformation or distortion during SLS printing due to the higher shrinkage rate of PEEK materials compared to other plastics.

FFF is another method used to make PEEK materials. This method offered an economic advantage as the method only involved AM, heating and melting the filaments. However, FFF printing causes crystallization and shrinkage of the PEEK material, which affects the strength and surface roughness of the material, leading to fatigue failure and cracking.

Heat treatment can be used to dramatically decrease shrinkage rates and improve the bond strength and precision of PEEK. However, research on ways to interconnect PEEK printing behavior to printing parameters has been sparse. In this study, researchers investigated correlations between PEEK printing behaviors such as the reliability of printed line widths and surface roughness and nozzle temperatures.

An FFF 3D printer where the nozzle temperature can be increased up to 400 ohC was used to print PEEK. The chamber temperature, Tgand Tm during printing were set to 110, 143 and 334 ohC respectively. The PEEK filament was dried at 100 ohC for 5 hours to avoid water absorption. The dried PEEK was extruded through the heated nozzle and then rolled over a metal plate using a lamp.

Width of printed PEEK lines at different nozzle temperatures (TNOT). (a) Optical images showing the width of the lines printed in contact in consecutive layers; (b) Line width as a function of nozzle temperature printed at fixed chamber temperature of 100°C. Image credit: Baek, I. et al., Materials

Different nozzle temperatures of 400, 380, 370 and 360 ohC were used to prepare the samples. The layer thickness was kept at 200 μm, while the print speed was set at 15 mm/s. Ultimaker Cura software was used to cut the sample into 200 × 200 × 100 mm3 parts with a wall thickness of 400 μm and a filling percentage of 60%. The monolayer between the 290th and 300th layer was separated and the contact area width was calculated to check the impact of each test on the contact area width of the printed lines.

The surface roughness of the PEEK samples was measured using a stylus profilometer. The movement speed and stylus radius were 1 mm/s and 25 μm, respectively. 3D mapping and line drawing were used to study the surface roughness of the side samples of the FFF samples, while the Weibull modulus was used to determine the width of the lines printed at different nozzle temperatures.

Analysis of the reliability of the printed line used by the Weibull module: (a) Ratio of line width and nozzle diameter measurement values, (b) Weibull plot of line width with different nozzle temperatures. Image credit: Baek, I. et al., Materials

The PEEK was melted and solidified rapidly as it passed through the print nozzle at the print temperature of 400 ohC, resulting in rough surfaces of 55 μm, which is larger than the surfaces created at a printing temperature of 380 ohC. Printed line width was most uniform at 380 ohC, and the Weibull coefficient value of this line was also the highest at 28.6.

Disclaimer: The views expressed here are those of the author expressed privately and do not necessarily represent the views of AZoM.com Limited T/A AZoNetwork, the owner and operator of this website. This disclaimer forms part of the terms of use of this website.