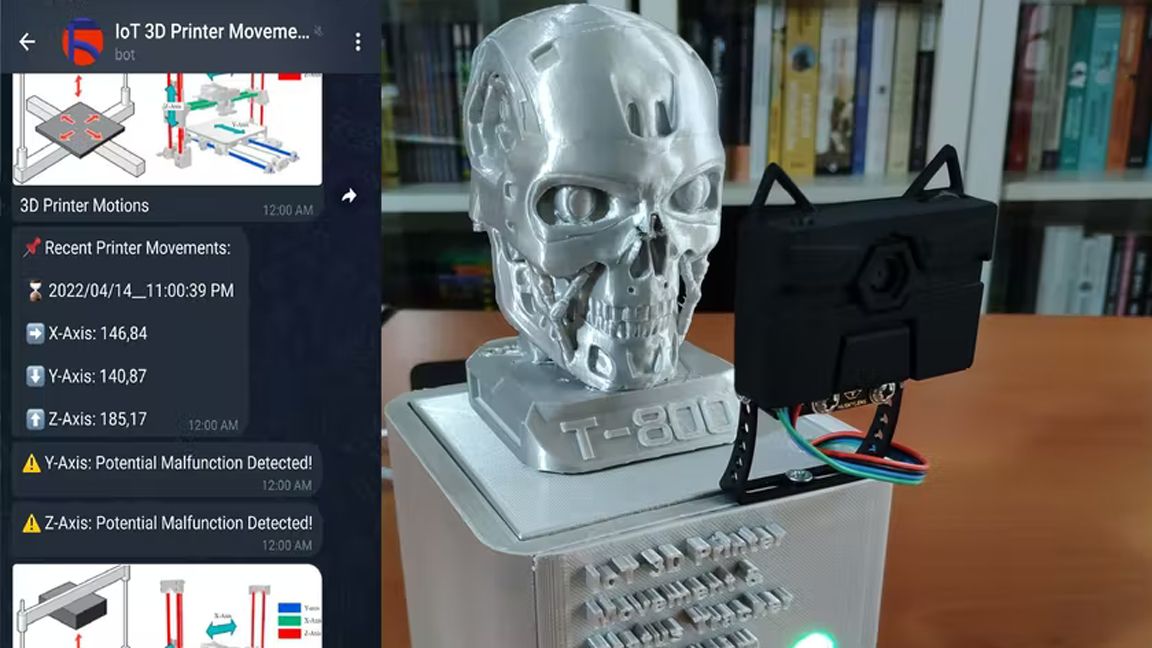 Monitoring your 3D printer with a Raspberry pie is nothing new, thanks to apps like OctoPrint. However, manufacturer Kutluhan Aktar managed to tackle the process itself by using a microcontroller with its Raspberry Pi. Pico Powered 3D Printer Monitor. This project connects the Pico to the internet to relay notifications about the data it is tracking and is housed inside a custom printed T-800 Terminator shaped shell.

This isn’t the first time we’ve covered a project developed by Aktar – last February we published an article featuring its Raspberry Pi weather station which uses AI to make air quality predictions. According to Aktar, this project was developed for its Creality CR-6 SE 3D printer, which does not have Wi-Fi support or an error notification system for printing issues. With the help of a Pico and a custom web server, Aktar developed its own solution that sends notifications using Telegram.

The HuskyLens camera module tracks the movement of the X, Y, and Z axes of the 3D printer. This data is collected by the Pico, which is then relayed via the WIZnet Ethernet HAT to a web server running on a 3B+. Aktar confirms that a Raspberry Pi 4 B would work just as well in its place. This Raspberry Pi web server is also responsible for sending notifications to Telegram.

The Pico cannot power both the RGB LEDs and the HuskyLens AI camera. To alleviate this problem, AKtar uses an external Xiaomi power supply with a USB down converter to power all modules.

If you want to recreate this Raspberry Pi project, check out the tutorial posted on Hackster by Aktar. Be sure to follow him for more cool Pi projects and any future updates on this one.