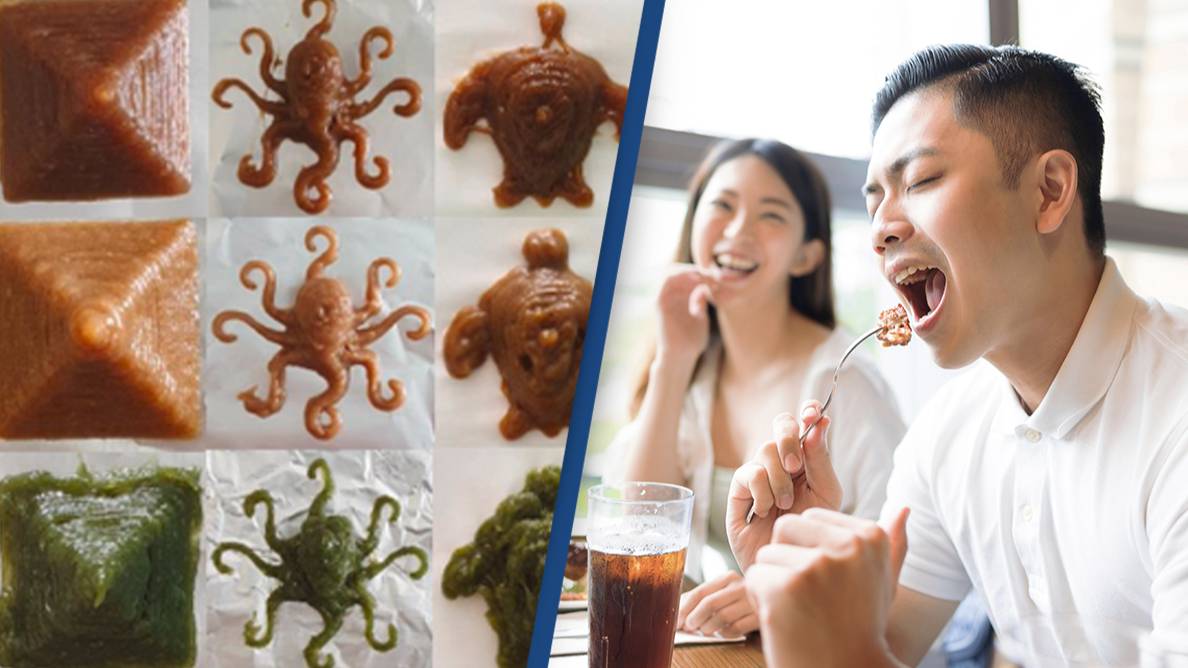 It’s the weekend, which probably means you’re going to treat yourself to take away of a certain description.

Well, you might want to wait for the Deliveroo after reading this because scientists are working on 3D printed grub.

Yes, just when you thought the human race couldn’t go any further, it does.

A Singapore-based team of researchers looked for ways to deal with future food supply problems and decided to print a few.

Many parts of the world are already turning to foods like insects and algae for sustenance, which may seem a little strange to some.

So the group of scientists found a way to make the idea of ​​eating bugs a little more palatable.

Rather than eating the crickets or larvae themselves, they decided to combine them with more commonly eaten vegetables like carrots to change the flavor.

Professor Chua Chee Kai, from the Singapore University of Technology and Design (SUTD), is the co-author of the study.

He said: “The look and taste of these alternative proteins can be overwhelming to many.

“This is where the versatility of food 3D printing rises to the challenge as it can transform the way food is presented and overcome the inertia of consumer inhibitions.”

“Alternative proteins could become our main source of protein intake in the future,” Professor Zhang said.

“We hope our work will encourage consumers to eat more of these unfamiliar, but sustainable foods.”

Aakanksha Pant, corresponding author of the article and research associate of SUTD, added: “This research study can also be generalized for other food ingredients and the response of food inks such as texture, printability, water infiltration can be included for optimization.