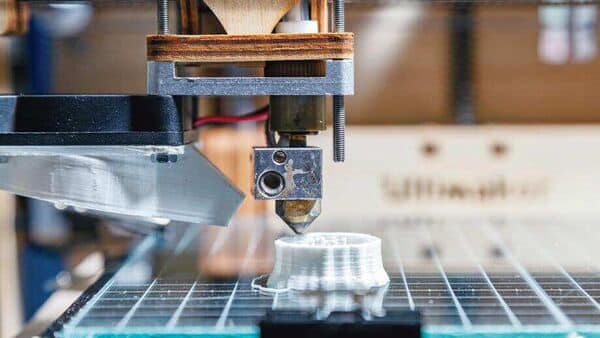 Currently, the startup partners are manufacturing suppliers in Bengaluru and Chennai that use 3D printers, but he plans to start his own factory in the future.

The move towards 3D printing is significant in the context of future government space policy.

As reported by Mint earlier, the policy will, for the first time, allow private space companies in India to conduct their own missions, increasing the need for these companies to manufacture their own products.

The alternative, of sourcing internationally, is costly for Indian space companies, most of which are still early-stage startups.

The model has also proven itself abroad. US space company Rocket Lab has built its Capstone satellite using 3D printing.

The satellite, launched June 28, will monitor the lunar surface ahead of the 2024 manned mission, called Artemis, planned by the National Aeronautics and Space Administration (NASA).

Rocket Lab’s Electron rocket is also fully 3D printed, and has already flown 26 times in space since 2017, with an 88% success rate.

Rockets like Agnikul’s Agnibaan are meant to be cheaper alternatives to rockets like Electron and SpaceX’s Falcon 9 reusable rocket.

“A rocket engine is a complicated machine, and its construction usually requires hundreds of components. Such complications mean that if there is a technical fault in one of the engine components, the percentage of error in the assembly of the engine would increase, as would its risk of failure.A 3D printed rocket engine, however, is a block built based on a design blueprint, using aerospace-grade metals which, therefore, greatly reduces the chances of error in these engines,” said Chandana of Skyroot.

Anupam Shukla, Space Industry Lawyer and Partner at Pioneer Legal, said, “Our space industry may take another five years to mature from the United States or France, but adding capacity now will help private companies expand their operations once we get there. “

Catch all the tech news and updates on Live Mint. Download the Mint News app to get daily market updates and live trade news.

* Thank you for subscribing to our newsletter.