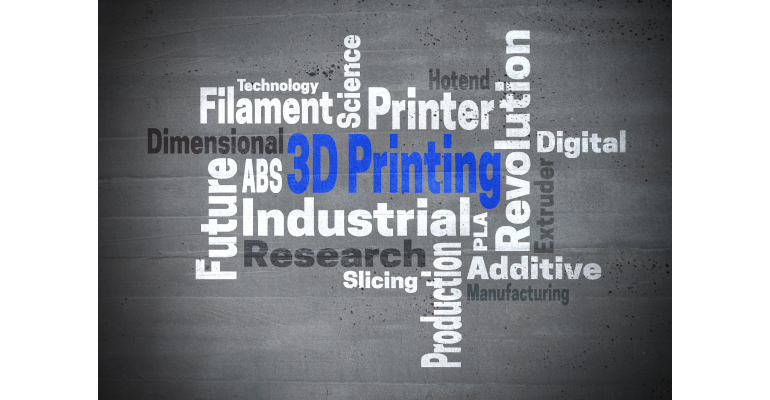 A team of engineers from the University of Cambridge developed an algorithm which gives new or existing machines this capability, plus features that printers can even learn to print documents on their own, they said. Although 3D printing has become a more reliable way to manufacture parts and objects in a range of industries over the past decade or more, it still has its downsides. The process is vulnerable to production errors that create anything from tiny inaccuracies in a part versus design, mechanical weaknesses, or complete print failures, the researchers said.

Because so much can go wrong, and so much goes into the 3D printing process itself, a failed print is a frustrating scenario, noted Sebastian Pattison of Cambridge’s engineering department, one of the researchers. of the project. “When that happens, all the material, time and energy you used is wasted,” he said in a Publish on the Cambridge Engineering Department’s research news page.

Currently, the way to prevent or correct errors is for a skilled worker to observe the process and then recognize that something is wrong, which can be a challenge even to a trained eye.

In this case, he must then stop printing, remove the part and set the parameters for a new part. This error tracking can be a complicated process, because if it is a new material or a new printer, the worker must learn the new configuration before keeping an eye out for errors. Overall, it’s an imperfect science because it’s quite difficult to stay on top of each 3D printing process, especially if multiple printers are in use at the same time, the researchers said.

That’s exactly why Cambridge researchers set out to improve the way 3D printing errors are caught during production, with the goal of creating “a driverless car system for 3D printing,” said Douglas Brion, from the university’s engineering department.

While engineers have developed automated 3D printing monitoring, existing systems can only detect a limited range of errors in a part, material, and printing system. The system the Cambridge team aimed to develop would be something a little different, Brion said.

“A driverless car would be useless if it only worked on a road or in a city. It must learn to generalize in different environments, cities and even countries,” he said in the post. “Similarly, a ‘driverless’ printer must work for multiple parts, materials, and printing conditions.

The algorithm developed by the team could indeed serve as a driverless car system that engineers were looking for to correct errors during the 3D printing process, the researchers said.

“That means you could have an algorithm that can look at all the different printers you’re using, constantly monitoring and making changes as needed, essentially doing what a human can’t do,” Pattison added.

To develop the algorithm that powers the system, the researchers trained a deep learning computer vision model by showing it around 950,000 images automatically captured during the production of 192 printed objects.

To provide the model with information on how to monitor a printing process, they tagged each of the images with key printer parameters, such as print speed, print nozzle temperature, and print nozzle temperature. throughput of printing material. They also provided the model with information about how far those parameters were from the correct values, which taught the algorithm how to learn how errors occur, the researchers said.

“Once trained, the algorithm can determine simply by looking at an image which setting is right and which is wrong – is a particular setting too high or too low, for example, and then apply the appropriate correction,” said Pattison said in the post. .

The algorithm can also continue to collect data on relevant parameters as it goes, which continually improves its ability to detect errors, he said. The researchers published the complete dataset used to train AI for free online.

Independent of materials and parts

Using their approach, Brion and Pattinson were able to create an algorithm that is generalizable, that is, it can be applied to identify and correct errors in unknown objects or materials, or even in new systems of impression, they said. This is useful because errors that occur on various materials and print parts can be similar, they said.

“When printing with a nozzle, no matter what material you’re using (polymers, concrete, ketchup, or whatever), you can get similar errors,” Brion said in the post. “Errors resulting from similar settings will have similar characteristics, regardless of the part printed or the material used.”

For example, if the nozzle moves too quickly, the part will end up dripping with material, or if too much material is expelled at once, the printed lines will overlap, forming creases, he said.

The researchers published a paper about their work in the journal Natural materials. With help from Cambridge’s marketing arm, Cambridge Enterprise, Brion also set up a company called Matta who will develop the technology for commercial applications.

Indeed, the trained algorithm could be more efficient and reliable than a human operator at spotting errors, providing a key quality control function in industrial applications where component failure could have serious consequences, said Brian.

“We are focusing on how this could work in high-value industries such as aerospace, energy and automotive, where 3D printing technologies are used to manufacture parts. high performance and expensive,” he said in the post.