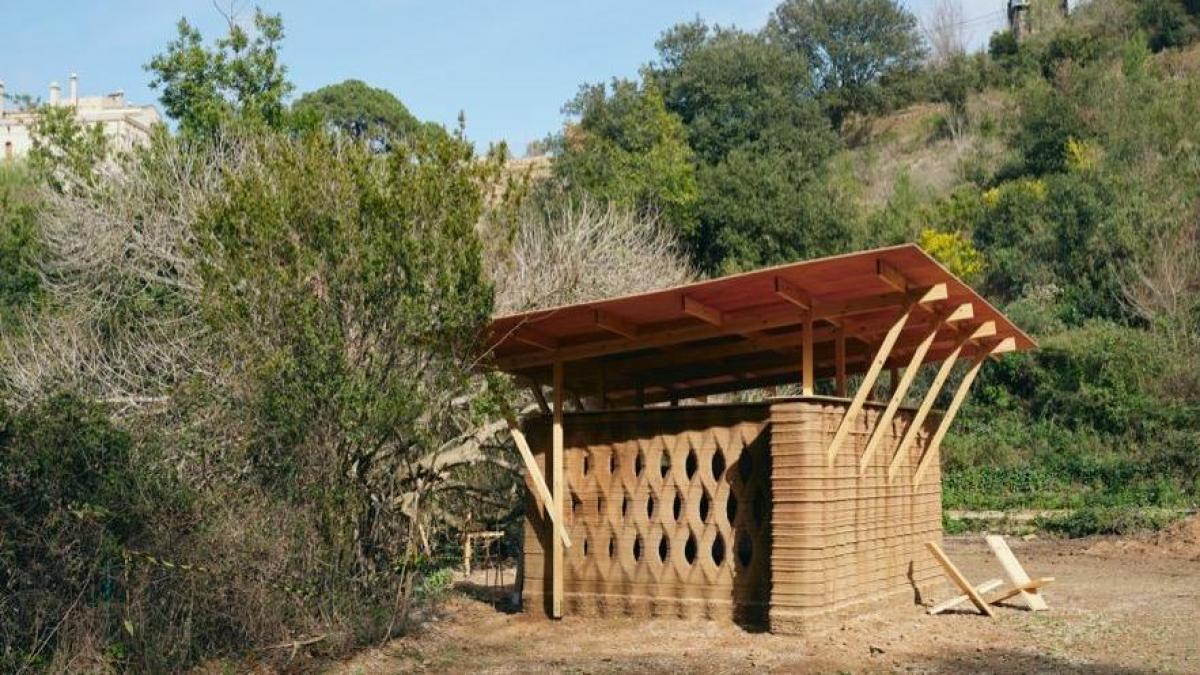 This is TOVA, the first house built in Spain with 3D technology and clay

For the construction of a house, materials known to almost everyone are used: brick, stone, wood, concrete or steel. It is also not uncommon for us to see a single crane and several scaffoldings in between. This is what we consider normal.

But there are other ways to build a house in Spain. The Advanced Architecture Institute of Catalonia (IAAC) has created the first clay building and a 3D printer, a project born in response to new social and environmental challenges. And it has a name: TOVA.

First house in 3D and clay

It is the first building of its type in Spain and stands out as one of the most sustainable and environmentally friendly construction methods that can be implemented today, he says from the center.

The construction, which was carried out at the facilities of Valdaura Labs (on the outskirts of Barcelona), took seven weeks. To do this, a WASP crane, an architectural 3D printer and Zero Kilometer equipment were used.

“It is a prototype that represents the bridge between the past and the future (large-scale 3D printing technology), which will not only serve to transform the architecture of the future, but will also be very useful in the face of the current climate. housing crisis around the world,” he told IAAC.

the respect of environment

During the entire construction process, no waste was generated, as the materials were received within a radius of fifty meters. The structure is made from local earth or clay, mixed with additives and enzymes, “to ensure the structural integrity and elasticity of the material necessary for optimized home 3D printing”. The foundation is made of geopolymer and the roof is made of wood.

Due to the material, you might think it’s weak infrastructure, but the designers say it’s not. To ensure the longevity of the material in terms of weather resistance, a waterproof layer has been added using extracted raw materials such as aloe and egg white.

This is a near-zero emissions project. Its envelope and the use of entirely local materials make it possible to minimize waste, making it a “pioneering” example of low-carbon construction. We must not forget that current construction methods are responsible for 36% of CO2 emissions.

adapted to the Mediterranean climate

The design of the building takes into account the Mediterranean climatic conditions: the volume is compact to protect against the cold in winter, but is expandable during the other three seasons of the year, allowing access to the immediate outdoor environment.

In addition, the walls are made up of a network of cavities that allow air to pass through and provide great insulation to prevent heat loss in winter and protect against solar radiation in summer.

2022-09-29
Previous Post: BBB warns consumers about payday loans and fraud in new study
Next Post: Stanford’s new 3D printing technology is up to 10 times faster than the fastest printer