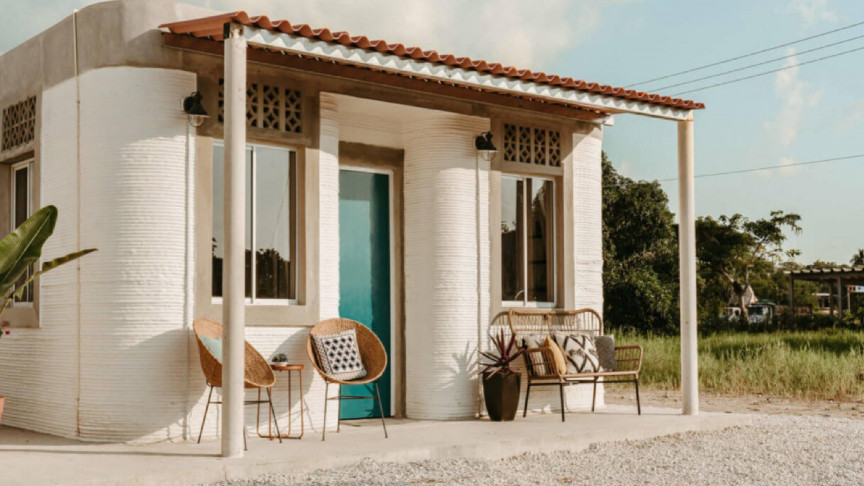 This whole village was built by a single 3D printer

There is no doubt that we love 3D printed homes like these seven listed here. And we’re not the only ones it seems, as last month we brought you news from an entire street of 3D printed homes in Texas.

Now news has surfaced of an entire neighborhood of 3D printed homes in Nacajuca, Mexico. Better yet, the houses were built for underprivileged families, according to Taxi design.

The houses are beautiful to look at, but that doesn’t change the fact that they are extremely tough and sturdy. Nacajuca was struck by a 7.4 magnitude earthquake after the houses were built and the houses remained standing without a scratch.

This is one of the many advantages of 3D printing.

In order to make these homes a reality, three companies had to collaborate: New Story, a San Francisco-based nonprofit â€œpioneering solutions to end global homelessnessâ€; Ã‰chale, a social housing production company in Mexico; and Icon, a Texas-based construction technology company “dedicated to revolutionizing homebuilding and making decent housing the standard for people around the world.”

The houses are one story and each measure approximately 500 square feet. They each have two bedrooms, a kitchen and a bathroom.

Building them, however, was not an easy task, despite the fact that the 3D printer used was designed for difficult projects. The 3D printer for homes, called the Vulcan II, is designed to work under the stresses common in rural areas, but the journey has not been easy.

Electricity can be unpredictable and local precipitation has often flooded the access roads to the construction site. “This printer, designed to tackle the housing shortage for vulnerable populations, is the first of its kind,” New Story wrote in a Press release.

Francesco Piazzesi, CEO of Ã‰chale, told the New York Times that the futuristic printer used for these constructions looked something like a RoboCop movie. But what really matters is that he has done a really good job of bringing stable and sturdy housing to where it is needed most.