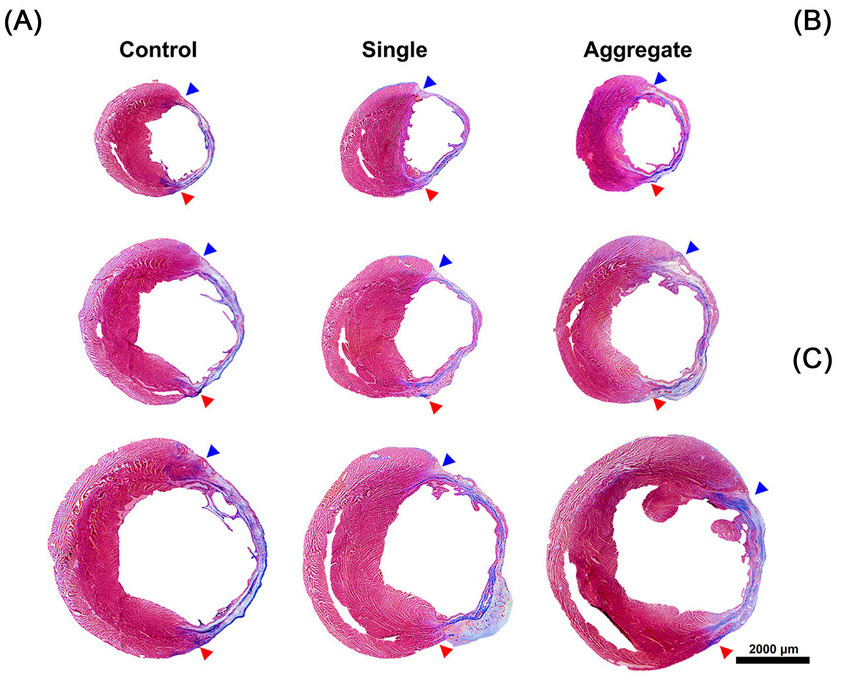 Korean 3D bioprinting specialist T&R Biofab has patented a way to create human tissue that could one day be used to develop a treatment for heart disease that doesn’t subject patients to open surgery.

Using T&R Biofab’s process, scientists have already proven that it is possible to create 100-micrometer cardiac spheroids, capable of regenerating tissue damaged during transplantation. While the technology remains at a preclinical stage, the company’s patent approval in Japan could now be significant, as the only developer of something similar in the country has would have authorized it for $600 million.

According CDC heart disease data, heart disease is the leading cause of death for both men and women across most racial and ethnic groups in the United States. As such, the development of robust cardiac therapies is a matter of life and death for many Americans. Yet despite the urgency surrounding the problem, the T&R Biofab scientists behind its spheroid research say current treatments are “unrealistic.”

Due to the “limitations and disadvantages” of transplantation, as well as the installation of pumps in the ventricles of patients’ hearts, scientists have therefore identified cellular regenerative treatments as an alternative.

Broadly, these methods involve the use of cardiomyocytes (the cells that contract the heart) derived from human pluripotent stem cells to grow transplantable tissues, such as Matrixlf taking a similar route to creating 3D bioprinted neural implants last year.

In the field of cardiac 3D bioprinting research, scientists also continue to make rapid progress, and a team of Harvard University recently discovered that they were able to produce functional multi-layered heart tissue. However, as T&R Biofab researchers point out in their paper on spheroids, the heterogeneity of stem cells remains an issue that makes them extremely difficult to store and use in the long term.

“Major issues, including heterogeneity of human pluripotent stem cells, can cause tumorigenicity and arrhythmia, and affect their long-term storage, resulting in their poor survival, retention and engraftment in vivo after implantation in sick hearts,” said T&R Biofab. -led team in their paper. “These issues need to be resolved before continuing clinical application.”

One of the scientists’ first breakthroughs in research was their discovery that the surface proteins of the Differentiation Cluster 71 (CD71) are essential for the creation of tissues formed from homogeneous stem cells. Although it is typically used inside the human body to deliver iron, researchers have found that CD71 also plays an important role in the heart, and when added to tissues can trigger the growth of microfibrillar cells.

Having found a way to improve cell viability, the team then turned to developing a way to better preserve tissue during storage, which could be key to their future clinical use. To achieve this, the team came up with the idea of ​​cardiac spheroids, essentially groups of human pluripotent stem cells, which when clumped together are able to survive longer.

In order to test the long-term viability of these structures, the scientists then created prototypes before freezing them with liquid nitrogen. Upon thawing six months later, each of the spheroids was found to be uniform in size and 80% of the cells in the tissues were still viable. In shorter 7-day trials, samples also demonstrably lasted longer than single cells or larger aggregated clusters.

Once they proved the effectiveness of their overall approach, the team’s final stage of the study saw them test their spheroids, implanting them in rats in cardiac arrest. Those treated with the scientists’ tissues showed higher levels of heart function than those treated with ordinary stem cells, and after their removal, the spheroids ultimately showed excellent engraftment and stability.

“The approach described in this study is simple and effective for the production of human pluripotent stem cells readily available in the clinical setting,” the scientists conclude in their paper. “The microcardiac spheroids established in this study can be preserved and stored; they exhibit superior viability under hypoxic and in vivo conditions. [However]despite several significant results, future studies examining more sophisticated implantation methods, such as the 27G NOGA catheter system and applicability to large animals, are considered limitations of this study.

Although viable 3D bioprinted soft tissue grafts remain far from reality, the technology continues to advance in the laboratory. T&R Biofab itself found it was able to implant 3D bioprinted liver tissue into animals tested last year, in a project that saw its scientists replicate the ‘lobules’ of the human liver.

More recently, researchers from University of California, Berkeley also discovered a way to ensure the viability of 3D bioprinted structures by freezing them. The team’s new approach to ‘3D cryoprinting’ allows cells to be cross-linked layer by layer, in a way that produces self-supporting structures with potential in regenerative medicine R&D.

As one would expect from such a large team, they came from several organizations, including T&R Biofab’s research institute, the Korea Catholic Universitythe City University of Hong Kong, Konkuk University, Seoul National Universitythe Korea Institute of Toxicologyand Monash University.