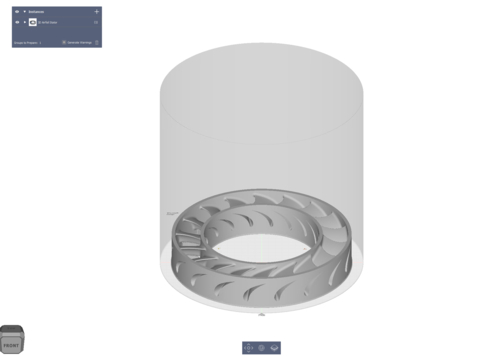 Flow 3.0 enables the print preparation of larger part models that can be manufactured on its Sapphire XC 3D printer, which is capable of producing parts up to 400% larger than the company’s Sapphire model.

“By providing an end-to-end solution, we’re able to let engineers focus on building the critical parts they need,” said Daniel Russel, Velo3D’s engineering manager. “Version 3.0 brings support for large model types that can be printed on the Sapphire XC, warnings and advice to customers when preparing to build, and tools for managing build preparation on clusters, Amazon Web Servicesand many other improvements.

“The first feedback from our customers has been very positive.”

Velo3D recently announced that its revenue increased by 55% in the fourth quarter of 2021 amid rapidly increasing demand for its Sapphire systems. The company, which went public on the NYSE in September 2021, had a record eight installations of its machines in the quarter, including one of its new Sapphire XC printers.

Originally launched in 2018, the Sapphire is Velo3D’s flagship machine, equipped with a patented supportless process that allows engineers to produce parts with large overhangs without supports. The PBF system is capable of manufacturing production-grade titanium, Inconel, and aluminum parts that have applications primarily in the aerospace and energy industries.

The Sapphire XC launched towards the end of 2020, offering a significantly larger build volume than its predecessor, as well as cost-per-part reductions of up to 75%. The machine is equipped with eight 1kW lasers to maximize productivity on multi-part builds and has been fully integrated with proprietary Velo3D technology To flow pre-printing software and To assure quality control software.

Preparing to print with Flow 3.0

Velo3D’s Flow print preparation software eliminates the need for Design for Additive Manufacturing (DfAM) by allowing engineers to simply upload a traditional CAD file of the part they wish to print. Users can then freely design the critical parts they want and print them accurately.

The latest version of the company’s Flow software, Flow 3.0, is designed to support larger part models on the Sapphire XC system. The software supports the programming of additional lasers to maximize the efficiency (98%) of the machine’s eight 1kW lasers and increase productivity up to five times that of the original Sapphire printer.

“When we create new features in Flow, we aim to simplify the experience for engineers who want to create parts using our additive manufacturing technology,” said Victorien Menier, senior software engineer at Velo3D.

Based on a generalized set of recipes, Flow 3.0 accurately prescribes and simulates layer-by-layer construction for the desired part. The software compositor detects the geometric characteristics of the CAD file and applies the corresponding process to produce the desired part. The software also uses information from previous layers to inform the printing strategy of subsequent layers to achieve better part quality.

The latest iteration of Flow is able to reliably generate and use model meshes containing up to hundreds of millions of triangles by offloading the computation of larger files to Amazon Web Services. For this purpose, a customer can send a CAD file and receive back a compressed file which can be used on any printer to build the part.

“Our team is extremely proud of everything Flow 3.0 has achieved throughout the beta period,” added Menier. “Revised planning rules allow the Sapphire XC to achieve 98% efficiency with its eight lasers, which greatly contributes to its ability to achieve a 5x performance boost.”

Subscribe to the 3D Printing Industry Bulletin for the latest additive manufacturing news. You can also stay connected by following us on Twitter and love us on Facebook.

Looking for a career in additive manufacturing? To visit 3D printing works for a selection of roles in the industry.

Featured image shows Flow 3.0 can process much larger part models to support the increased build volume of the Sapphire XC. This turbine is approximately 600 mm in diameter. Image via Business Wire.